I had it stuck in my head that I was making chicken soup this week.  I think I saw someone eating on TV, or on Facebook or something, but I couldn’t stop thinking about it!  I looked up a bunch of recipes, all very similar, to find something that was easy (I mean, most chicken soup recipes are pretty easy; it only gets more complicated when you make your own chicken stock and I am def not ready for that.)

I found this recipe on Redbook and chose it because it looked so simple: Chicken Noodle Soup – Soup Recipes – Easy Recipes … – Redbook. 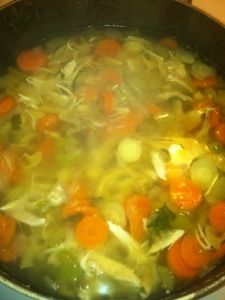 (Don’t mind the fog on the picture due to the soup steam!) 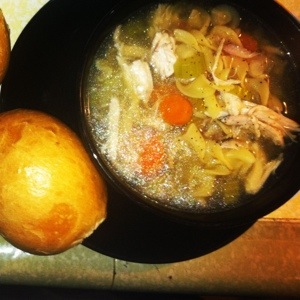 I served with a crusty roll and it was very tasty.  Also filling!  One bowl and I was stuffed.  Welcome to soup season everyone! 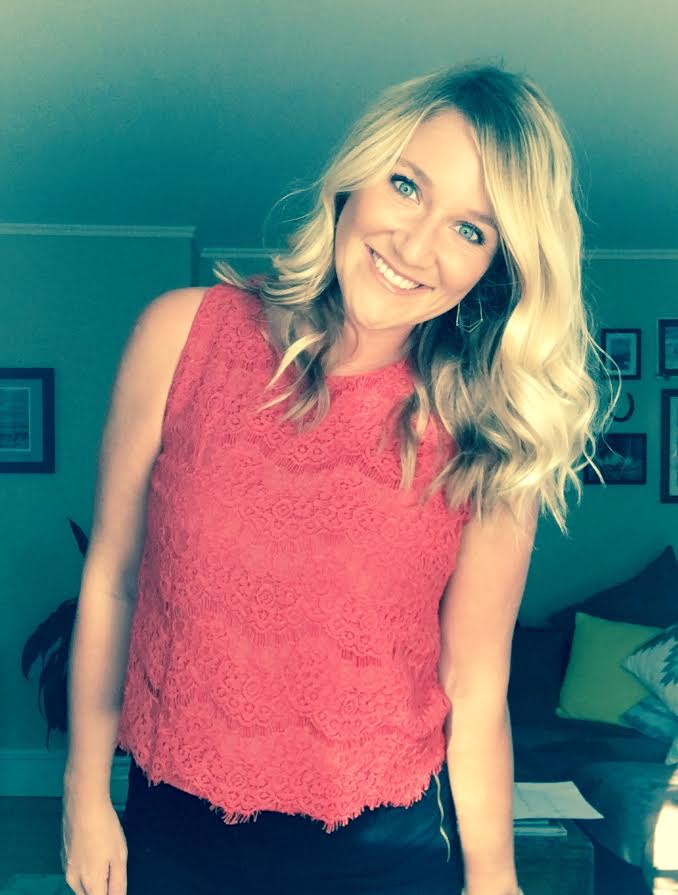